“ONLY TWO THINGS ARE INFINITE, THE UNIVERSE AND HUMAN STUPIDITY, AND I AM NOT SURE ABOUT THE UNIVERSE.” (ALBERT EINSTEIN)

ODD FOUNDATION owes its origin to a particular a conviction. The conviction was that all the emerging issues, the world encounters today in the disparate field of poverty, illiteracy, social unrest, crime, terrorism, extremism, addictions, physical / mental ill health etc. stem from HUMAN INSANITY

The English word “sane” is derived from the Latin adjective sanus meaning “healthy”. From this perspective, insanity can be considered as poor health of the mind, not necessarily of the brain as an organ (although that can affect mental health), but rather refers to defective function of mental processes such as reasoning. Hence Insanity is a spectrum of behaviors characterized by certain abnormal mental or behavioral patterns. It is not clinical depression or psychiatric disease as understood.

Unlike other animals in the universe, human beings alone are vulnerable to the dangerous disease of insanity, often behaving irrationally in many situations of life.  Majority of human beings have insanity in various forms and degrees. Symptoms of widespread insanity in today’s society is evident from several disturbing trends as  ever increasing and shocking number crimes,   increasing instances of terrorism killing innocent people,  instances of insatiable lust for money and power to the detriment of fellow human beings,  indifference about the sufferings of fellow human beings with increased selfishness etc

To investigate into the domain of Human Insanity, an odd group of social and medical sciences identified the world of suffering as the most suitable area for study. The field of human suffering is much wide, varied and multi-dimensional. Physical sickness, mental illness, addiction, societal rejection, poverty etc, the various forms of human suffering were the areas of concern.  To eradicate human suffering arising out of drug addiction, NISTHA, the Drug De-addiction –cum –Research Centre was founded in 1997. A couple of   years’ experience in the field of Drug De-addiction convinced us that the conviction we held had merit. This somewhat odd notion prompted us to establish the ODD FOUNDATION as a legal entity in 1998 & under its aegis functioned NISTHA as a separate wing. It was further strengthened by a  15 bedded Integrated Rehabilitation Centre for Addicts (IRCA) at Bhubaneswar in Khordha District of Odisha with support from the Ministry of Social Justice & Empowerment, Govt. of India since 2007- 2008.

Moving along the path of drug de-addiction, we came in intimate contact with drug addicts having HIV infection and some having mental illness. To them, de-addiction from drugs was not the final solution. Rather, what they needed was care, compassion and therapeutic treatment. The drug addicts with symptomatic/asymptomatic mental illness were extended therapeutic treatment with encouraging results. Management care of the Mentally Ill needs to be comprehensive & interdisciplinary that was well demonstrated. The empathy we developed for the mentally ill prompted us to institute EMPATHY- the Rehabilitation-cum-Research Centre for the Mentally Ill on 4th November 2004.

To us, every drug user is a potential injector and, therefore, at a high risk for HIV infection. Our concern for the drug users led us to establish EROS: the Community Care Centre for People Living with HIV/AIDS in 2001. 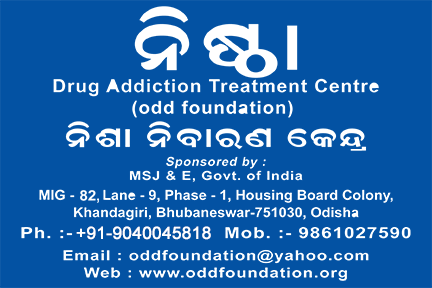 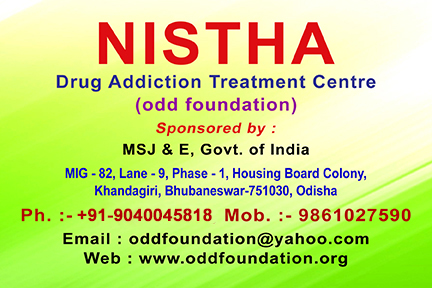 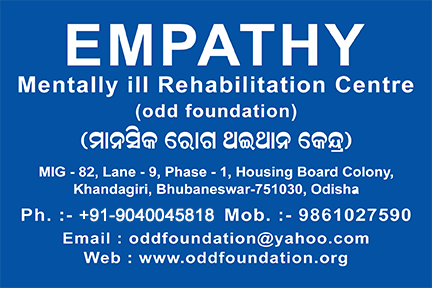